Then I heard every creature in heaven and on earth and under the earth and on the sea, and all that is in them, saying: “To him who sits on the throne and to the Lamb be praise and honor and glory and power, for ever and ever!” Revelation 5:13
Let honor be given to Your name and not to us, O Lord, not to us. Because You are loving and kind and faithful. Psalm 115:1
…And who knows but that you have come to your royal position for such a time as this? Esther 4:14
…Do everything you can to present yourself to God as a man who is fully genuine, a worker unashamed of your mission, a guide capable of leading others along the correct path defined by the word of truth. 2 Timothy 2:15
Many are the plans in a person’s heart, but it is the Lord’s purpose that prevails. Proverbs 19:21
But I have raised you up for this very purpose, that I might show you my power and that my name might be proclaimed in all the earth. Exodus 9:16 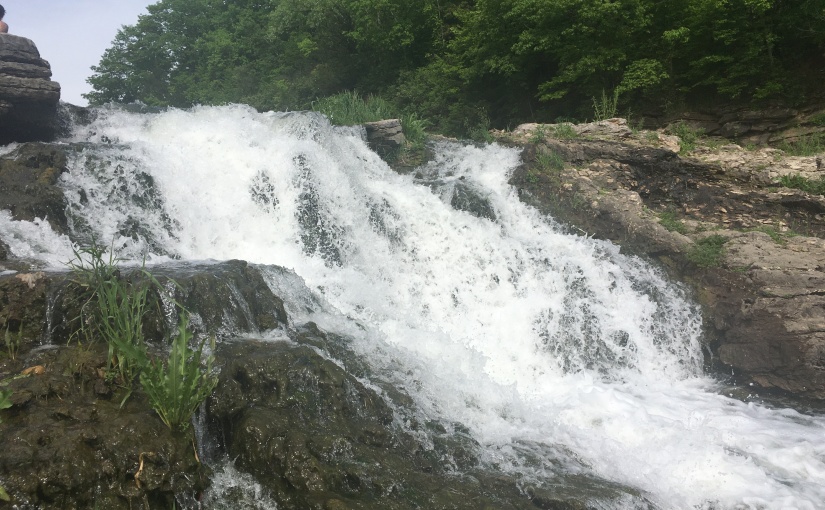 Some friends and I are reading through the Old Testament, one chapter a day. We are digesting it slowly to discover the treasure in each chapter. This slow pace allowed me to consider Noah from a new perspective.

The Lord saw that the wickedness of man was great in the earth, and that every intention of the thoughts of his heart was only evil continually. And the Lord regretted that he had made man on the earth, and it grieved him to his heart. So the Lord said, “I will blot out man whom I have created from the face of the land, man and animals and creeping things and birds of the heavens, for I am sorry that I have made them.” But Noah found favor in the eyes of the Lord. (Genesis 6:5-8, ESV)

Imagine your immediate family is the only one on earth following God. Everyone else is saying, thinking, and doing what God considers evil. No one cares what God thinks or has any desire to honor Him. The Bible does not record Noah’s thoughts and feelings, but I imagine he felt alone. No one else shared his values and interests. Noah found far more life in following God, even though he followed alone.

Then God comes to Noah and tells him to build a boat. A very big boat: 150 yards (135 meters) long, 25 yards (22.5 meters) wide, and 15 yards (13.5 meters) high. God gave very specific instructions for the design and construction of this boat, as well as who and what would go inside. The Bible does not record Noah’s thoughts or feelings. How would you feel if God told you He was going to “end all flesh” except you and your family (Genesis 6:13, 18; 7:1)? What would you think if God told you He was going to send a male and female of every kind of bird, animal, and “crawling thing of the ground” and it was your job to keep them alive (Genesis 6:20)? What if he told you to take some of “every food that is edible” for your family and the animals into the ark (Genesis 6:21)? I would have asked a LOT of questions! I would have found the task daunting and doubted my ability to complete it. But the Bible simply records:

Noah did this; he did all that God commanded him. (Genesis 6:22 ESV)

The Bible records that once Noah was in the ark, the “fountains of the great deep burst open, and the floodgates of the sky were opened” at the beginning of the 40 days and nights of rain (Genesis 7:11). I am certain the ground beneath the ark shook as it never had before. It probably groaned and roared, creating new and unique sounds. There may have been people banging on the door or trying to claw or climb their way into the ark. Try to imagine yourself inside the ark as all this happens. Perhaps they were on the third deck looking out the window. Perhaps they were huddled in the center, like we would take cover during a tornado or hurricane. The Bible does not record Noah’s actions during that time, but I believe he clung to God and far more life as he faced the unknown.

Eventually the water receded and the ark came to rest on some mountains (Genesis 8:4). But it was still several months before God told them to leave the ark. Would you have feared that God forgot you? How would you have spent that time? Would it have fostered far more life? The Bible does not record Noah’s thoughts or feelings, so we do not know if his faith wavered or remained strong every moment of that year.

Finally God called Noah and his family out of the ark (Genesis 8:15). What is the first thing you would have done when your feet returned to dry ground?

So Noah went out…then Noah built an altar to the Lord, and took some of every kind of clean animal and some of every clean bird and offered burnt offerings on the altar. (Genesis 8:18, 20, NASB)

Noah built an altar and worshiped God. There is no record of God commanding this; I believe it reflected Noah’s heart. This was not a small sacrifice, something Noah did quickly before heading out to explore Earth 2.0. First Noah gathered materials and built an altar. Then he invested time and energy preparing and offering every acceptable animal sacrifice. I believe Noah was expressing his love, gratitude, and reverence for God. As he walked out of the ark into a world that was entirely unfamiliar to him, Noah walked in far more life. He knew he would walk with God each step of the way to repopulate and rebuild the earth.

Sisters,
What is the biggest change you have faced in life? How did you react to it?
What would you have thought and felt if you had been with Noah?
Will you trust God through the changes ahead in your life? Is He enough for you?
Thank God for seeing us through it all; thank Him for far more life.
Shari 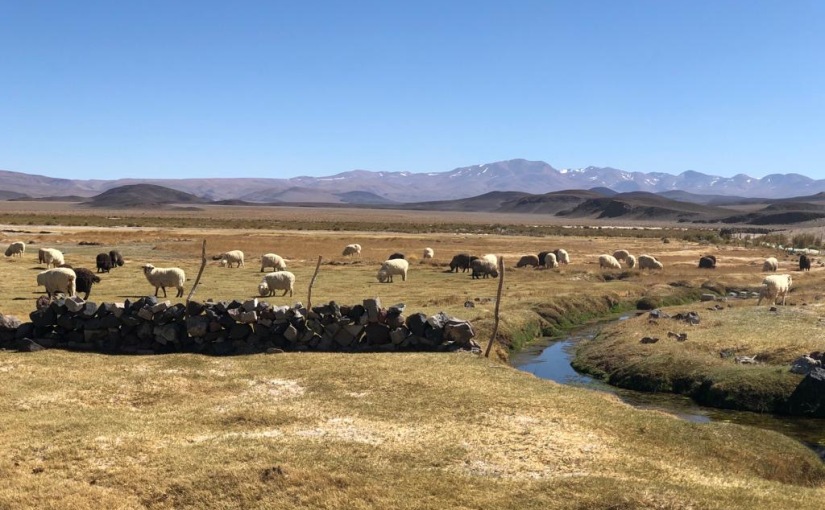 I recently conversed with a woman who considers herself a follower of Jesus but not a Christian. She has met many “Christians” whose lives do not reflect Jesus. As a result, she views Christianity as a man-made system rather than a relationship with God. Sadly, she is not alone in this experience. At least in the US, the term “Christian” has multiple meanings, many of which are not God-glorifying.

The foundation of Christianity is an individual relationship with God. But God does not intend for His children to live in isolation from each other. He wants us to be interconnected as we pursue the common goals of becoming more like Him and sharing His message with others. This Bible passage describes the community of Christians immediately after Christ walked the earth.

All the believers were together and had everything in common. They sold property and possessions to give to anyone who had need. Every day they continued to meet together in the temple courts. They broke bread in their homes and ate together with glad and sincere hearts, praising God and enjoying the favor of all the people. (Acts 2:44-47a, NIV)

This depicts far more life. They sacrificed their own comfort to meet each other’s physical needs. They gathered to learn from God’s Word and celebrate Jesus’ work in their lives. They enjoyed meals together and shared God’s blessings. This led to a positive reputation in their city as people observed their lifestyle. They shared life and reflected Jesus in their interactions.

The Bible is full of examples of shared lives. Eve was created after God proclaimed it was not good for man to be alone (Genesis 2:18). During the flood, God only names Noah as being righteous, yet he saved his whole family (Genesis 6). The Israelites traveled as a group (Exodus 12:37) and lived in communities based on their family line (Numbers 1:52). Forty-seven New Testament verses instruct Jesus’ followers how to relate to one another, with the majority specifying how to be united and love each other. As the following verses illustrate, we are stronger together.

As iron sharpens iron, so one person sharpens another. (Proverbs 27:17, NIV)

Two are better than one, because they have a good return for their labor: If either of them falls down, one can help the other up. But pity anyone who falls and has no one to help them up. Also, if two lie down together, they will keep warm. But how can one keep warm alone? Though one may be overpowered, two can defend themselves. A cord of three strands is not quickly broken. (Ecclesiastes 4:9-12, NIV)

We help each other grow. This is not always an easy process. As iron is sharpened, sparks are produced, but the result is a more useful tool. Our interactions with people may lead to sparks of conflict, but they ultimately create an opportunity for us to become more refined and Christ-like. As we navigate these moments, we challenge each other to grow and become all God created us to be.

In hard times we survive by being together. I have stood by two families as they faced crisis situations recently. The first was already connected to a community and immediately turned to them for physical and emotional support, knowing the requests would be a natural extension of existing relationships. They felt peace knowing the needs would be met and were comfortable asking because they had walked with others through hard times. The second family’s crisis led them to realize they were not connected and didn’t know where to turn for support. They felt alone and overwhelmed with all that faced them. When a community stepped up to care for them, it was uncomfortable at first. But as they experienced provision of their basic needs and emotional support, they were grateful. The experience has led them to look at life through a different lens and will probably result in them becoming more connected to a community.

Christ-followers are not the only people to live in community. People can band together around any number of shared goals or preferences. But Christian community has a uniqueness: our connection will continue for eternity! God does something special when His children share their lives on earth:

By this all men will know that you are My disciples, if you have love for one another. (John 13:35, NASB)

Do not merely look out for your own personal interests, but also for the interests of others. (Philippians 2:4, NASB)

Greater love has no one than this, that one lay down his life for his friends. (John 15:13, NASB)

Far more life is a connected life. It is giving and receiving love in both the big moments and the everyday moments of life. It celebrates and mourns together. It works and plays together. It dreams and plans together. It works through differences together. The result is that we become greater than the sum of our parts; shared life is richer and more impactful than isolated life. We experience God in new ways and show a more complete picture of Him to everyone we encounter. We live far more life.

Sisters,
Are you living an isolated life or a connected life?
What hesitations do you have about connecting with other Christ-followers?
How have you been sharpened by others?
How have you experienced God’s love or provision through others?
You may have been hurt by others. Talk to God about those situations and ask Him to help you find a safe community to join.
Find far more life taking the next step in connecting with others this week.
-Shari